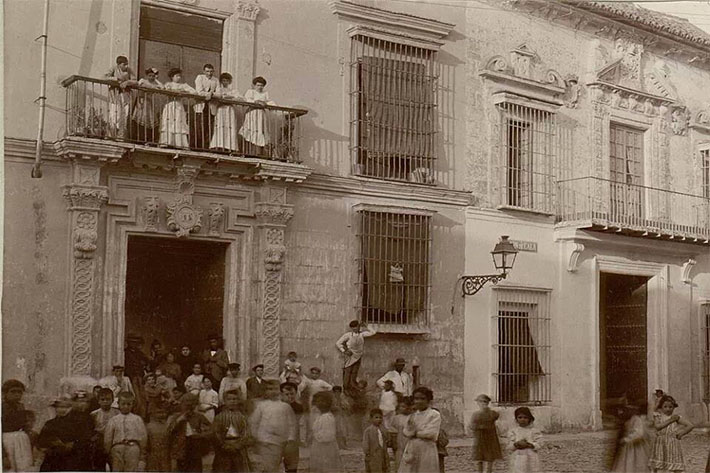 This House Palace is dated from latest s. XVI in 1590. Belonging to Sir D. Pedro de Francos Gallegos, Lord of the Saint Inquisition of Jerez which bought it in a very bad status being an animal farm. He re-built to the Palace we know today. The works took 25 years (1621-1646). After his decesased the housed was transfered to Casares family which transformed into a neighbourhood house ("corrala") till 2010 which was transformated to Aparthotel.

The house was Neighbour House ("Corrala") For more than 300 years. Unti 2010 which was rebuilt into ApartaHotel. By the actual owners to cover maintain expenses.


It was declared Artistic and Historical Patrimony of the City. With the maximun protection. This is a listed Building declared "Asset of Cultural Interest" into Jerez monumental Jerez central in 1982 (Law 13/1982). 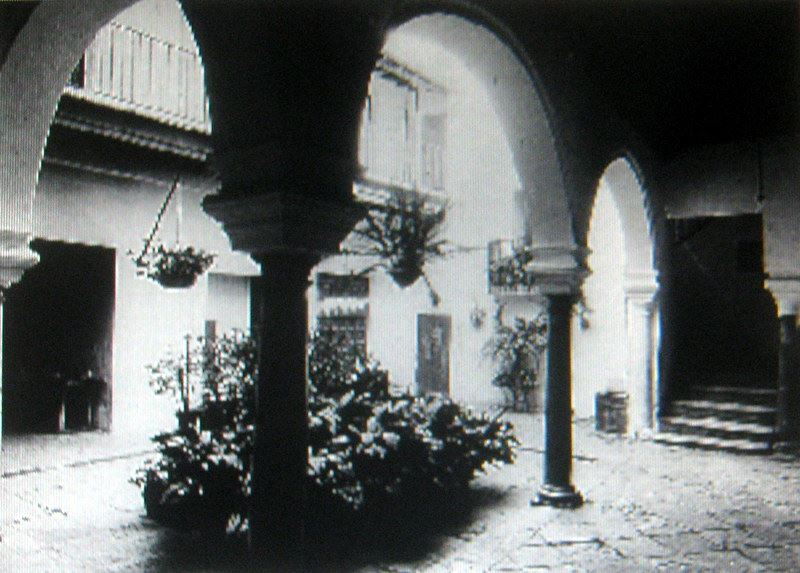 The Palace offer to visitors an incredible hits to mention: The amazin ceiling beams, mudejar style hand made, are unique pieces. Patio Floor tales is called: "Tarifa Stone" these tales are used from roman era. Very typical in this kind of noble palace during centuries. The walls are made of pressed stone.

Stone made Stairs are older than 4 hundred years. It is wonderfull admire the use of the steps due to the pass of the years. The amazing handrails made of mahogany wood, fully artisany handmade, were brought from flandes WorkShops, very tipycal of the noble houses in this tipe of construction.

The most Important hit of this house is the Front Wall. Stone Made, with strong decorations flowers decorations.

This House owns "Pure Art" in every corner. In the cold winter old the neighbours wifes joined to cook the famoous pestiños meanwhile the husbands sangs Villancicos to cheer up this hard work. So. This here comes the origin of the famous Jerez Zambombas. Lola Flores, Jose Mercé, La Paquera, Camarón de la Isla very very famous flamenco singers made theirs shows in our building. 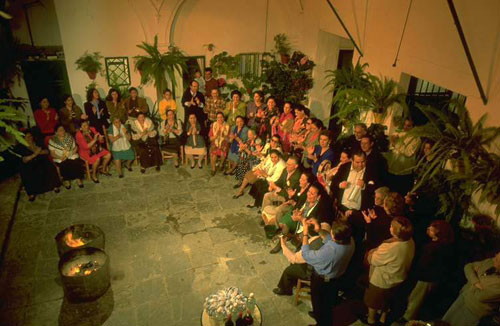 Stone used by pass of years 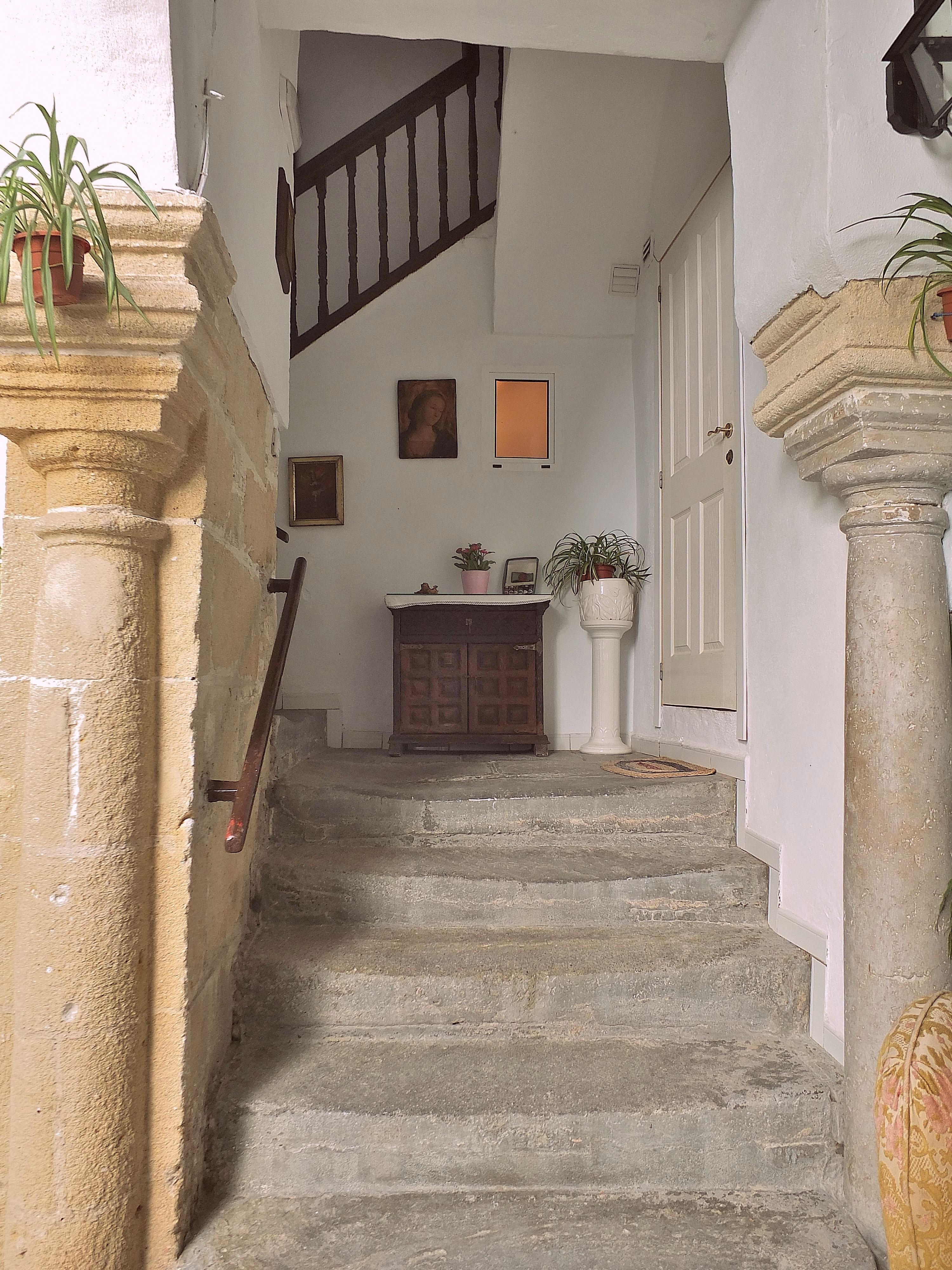 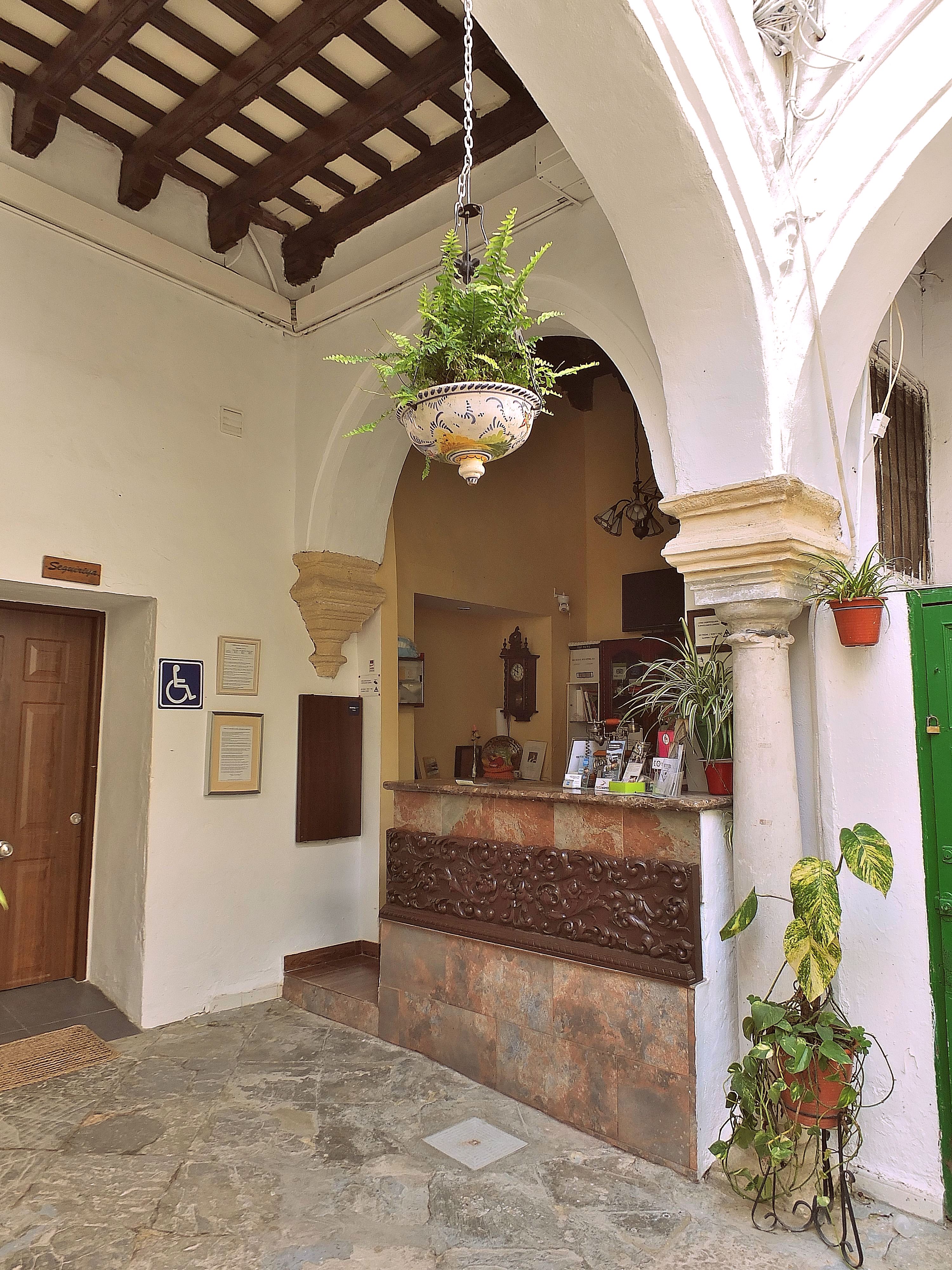